In the last lesson we learned that atoms were particles of elements, substances that could not be broken down further. In
examining atomic  SOCIAL behavior structure though, we ...
Some political protests, crimes, shootings, wars, etc. by humans.....are really atomic protests of the Margaret Mead atomic families VIA the human vehicle/ the human atomic feelings expressor / the human atomic messenger.
.
.
Atomic social anthropology families are listed in beginning college physics and chemistry textbooks. The families comprise vertical columns in the periodic atomic table of life and thought. Thus we have the atomic family ... social anthropology PROTESTS  at EARTH LAB geography sites.

The Chicago Seven trial and the 1968 Democratic National ...

News › Politics
Everybody knew it would be interesting, the trial of eight people charged with conspiring to incite the riots that erupted during the 1968 Democratic National ...

The 1968 Democratic National Convention was held in Chicago in late August—convened to select the party's candidates for the November 1968 Presidential election. Prior to and during the convention—which took place at the International Amphitheatre—rallies, demonstrations, marches, and attempted marches took place on the streets and in the lakefront parks, about five miles away from the convention site. These activities were primarily in protest of President Lyndon B. Johnson's policies for the Vietnam War, policies which were vigorously contested during the presidential primary campaign and inside the convention.

The Trial of the NITROGEN  Seven 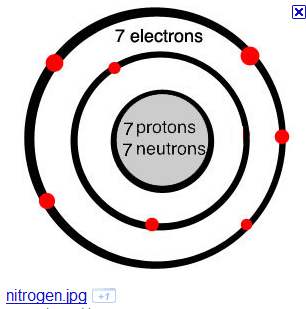 Nitrogen is one of these heavier atoms, left over when a star

Using information found on the Periodic Table of Elements, we can tell that an average atom of nitrogen contains 7 protons, 7 neutrons and 7 electrons.

394/101633
Herbert Spencer, The Principles of Psychology [1855] ... Author: Herbert Spencer .... form links in the correspondence between internal and external changes.

fair-use.org/
by Herbert Spencer ... in correspondence with external coexistences and sequences; and still more of that abridged and less specific formula, in which Life is said to be the continuous adjustment of internal relations to external relations.
Let's take the Herbert Spencer theory ...and build a model of the Chicago atomic humanoid behavior in year 1968.   Was Nature sending us a message in some format?
1st) Let's take the Herbert  Spencer concept  of INTERNAL and assign it to the Nitrogen atom used by the LUNGS of the humans at the Chicago riots and protests.
If the Nitrogen atom wished to send a message ...it would be practical for Nature to use the LUNG people as the atomic messengers THAT  express the message.
2nd) That message gets amplified / transformed into  EXTERNAL display  format on the surface of EARTH  at a geography map location providing many identifiers to physics, chemistry, and atomic political science  graduate students.
Let's look at some CLUES provided ...subtle signals about the deeper levels of REALITY that exist in the CARL JUNG atomic collective unconsciousness   THAT needs to send a message to the surface level of consciousness in some FORMAT...hoping that someday in the future ...the EVENTS, the data and the circumstances will speak for  themselves .... providing  serious people  with the empirical data needed to build a mathematical-physics MODEL...an atomic social  psychology MODEL ...that will help explain and LINK together the foundation concepts of existence and thought expression.
--> CLUE
location of EVENT ...on the atomic geography surface of Chicago
............................................mic   ...... component of ATOMIC EnGLISH Language  ....
............................................michigan Avenue    and Lake Michigan (wave mechanics in 1968  and in year 2012 Navy Pier ---> Pier Oddone of FermiLAB) 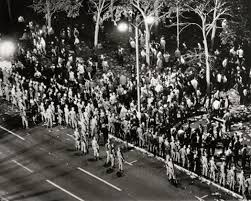 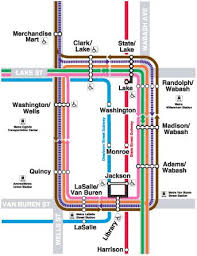 That's because, strictly speaking, the Loop is a

The Trial of the Chicago Seven/Eight - Yahoo! Voices - voices.yahoo ...

www.phrases.org.uk › Phrase Dictionary - Meanings and Origins
All the world's a stage, and all the men and women merely players - the meaning ... Life is like a play - we merely go through the stages of our life acting it out.
Thus the 1968 EVENT ...demo ....was a  precusor to advanced organic chemistry  message processing systems --> social chemistry MOLECULE message display formats for all to see ....