achievebalance.com › God's voice
Living Word of God. Rightfully, many people deeply value reading the Bible. Truly, I believe it to be the most important book in the world. There are also people ...
In all cases .... they are referring to the usage  of language words for thoughts and daily activities.
What is the origin of those words?
That is a  very long explanation.
It starts with the GOD equation -->
G = universal  gravitational constant   +
O = Orbital of Earth around the Sun  +
D = Daylight which provided the electromagnetic sunlight which enabled the molecular evolution of the eye/ retina/ and  the optical nerve    .... in appreciation for this process the name: GOD  .......and the phrase:    Thank GOD I can see!
Thus ...Nature's languages  began  ...... and later  symbol languages came into existence.
Let's look at  the DNA  level of  English used for social and business interaction.

Samuel Ichiye Hayakawa (July 18, 1906 – February 27, 1992) was a Canadian-born American academic and political figure of Japanese ancestry. He was an English professor, and served as president of San Francisco State University and then as United States Senator from California from 1977 to 1983. Born in Vancouver, British Columbia, Canada, he was educated in the public schools of Calgary, Alberta and Winnipeg, Manitoba and received an undergraduate degree from the University of Manitoba in 1927 and graduate degrees in English from McGill University in 1928 and the University of Wisconsin–Madison in 1935.

Professionally, Hayakawa was a linguist, psychologist, semanticist, teacher and writer. He was an instructor at the University of Wisconsin from 1936 to 1939 and at Armour Institute of Technology (now Illinois Institute of Technology) from 1939 to 1948. Hayakawa was an important semanticist. His first book on the subject, Language in Thought and Action, was published in 1949 as an expansion of the earlier work, L

The above gentlemam was a bio-chemsitry structure with symbolic life. He was composed of of molecules ...like this:

An important property of DNA is that it can replicate, or make copies of itself. Each strand of DNA in the double helix can serve as a pattern for duplicating the sequence of bases. This is critical when cells divide because each new cell needs to have an exact copy of the DNA present in the old cell.

DNA is a double helix formed by base pairs attached to a sugar-phosphate backbone.

For more information about DNA:

S.I.Hayakawa used English in the EXTERNAL world of daily human activities.
What was his INTERNAL langauge?
Was he comprised of secret codes and instructions --> a Symbolic Machine?

The genetic code is the set of rules by which information encoded within genetic material (DNA or mRNA sequences) is translated into proteins (amino acid sequences) by living cells. Biological decoding .......

The standard genetic code is shown in the following tables. Table 1 shows which amino acid each of the 64 codons specifies. Table 2 shows which codons specify each of the 20 standard amino acids involved in translation. These are called forward and reverse codon tables, respectively. For example, the codon "AAU" represents the amino acid asparagine, and "UGU" and "UGC" represent cysteine (standard three-letter designations, Asn and Cys, respectively).[25]:522

A The codon AUG both codes for methionine and serves as an initiation site: the first AUG in an mRNA's coding region is where translation into protein begins

Above. we see the INTERNAL pages within his biology processing platfrom and his INTERNAL symbolic life codes.

He successfully took these INTERNAL bio-information pages and translated them into EXTERNAL pages written in the English language.
Using the English words and giving examples of human daily activies .... he provided a communications LINK between the DNA/RNA language code and the English dictionary words and their practical usages for daily life. 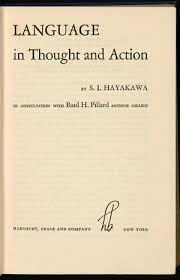 Wiki Answers › Categories › Science › Biology
Why are there four types of nucleotides in DNA? Over eons of evolutionary history, nature decided that four nucleotides provides the right balance.

wiki/Nucleic_acid_sequence
The possible letters are A, C, G, and T, representing the four nucleotide bases of a DNA strand —
A = Adenine,
C = Cytosine,
G = Guanine,
T = Thymine — covalently linked to a ...

S.I.Hayakawa was composed of DNA molcules , thus, one could consider the book as a DNA expression extension.... 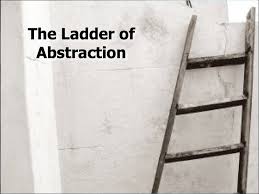 Language in Thought and Action - Wikipedia, the free encyclopedia

en.wikipedia.org/wiki/Language_in_Thought_and_Action
Language in Thought and Action is a book on semantics by Samuel Ichiye Hayakawa

Another exmaple of Tymine and Adenine messages is the DNA self-help pscyhology known as TA.
Books are:

Eric Berne (May 10, 1910 – July 15, 1970) was a Canadian-born psychiatrist best known as the creator of transactional analysis and the author of Games People Play.

en.wikipedia.org/wiki/I'm_OK,_You're_OK
I'm OK, You're OK, by Thomas A Harris MD, is one of the best selling self-help books ever published. It is a practical guide to Transactional Analysis as a metho

en.wikipedia.org/wiki/Transactional_analysis
Transactional analysis (TA to its adherents), is an integrative approach to the theory of psychology and psychotherapy. It is described as integrative because it ...

Research studies have evaluated the effectiveness of transactional analysis in a wide variety of contexts. (See also training and certification in transactional ...

"General Semantics is the study of the relation between language, ‘thought,’ and behavior: between how we talk, therefore how we ‘think,’ and therefore how we act.” --George Doris
General Semantics is a doctrine and educational discipline founded by Count Alfred Korzybski; (1879-1950) intended to improve habits of response of human beings to their environment and one another especially by training in the more critical use of words and other symbols. General semantics is distinguished from "semantics” (the study of meaning in language) by its much broader concern with all human responses to both internal and external stimuli, and by its claims to be a specifically modern discipline dedicated to "updating” basic notions of human behavior, response, and signification for a post-Newtonian world in which dualistic thinking can no longer be maintained
Thus we are reminded of the dual nature of DNA.
It exists as physical biology entity  and is used in medical applications,  forensic investigations, etc.
It exists with a social languages and math languages  and  awareness  ....... and influences a lot of EXTERNAL happenings in thoughts and behavior.

Are you an indivi.DUAL ----> the DUAL nature of existence  ...physical biology and symbolic  life  (talking trivia nonsense on a cellular phone is NOT symbolic life ..... an Nature is not amused at how you WASTE your DNA algebra / science awareness responsibilities).    Welcome to BRAVE NEW WORLD   and Nature's  BRAIN CONTENT  quality control system.

S.I. Hayakawa was composed of  biology DNA.  Thus his writings  would have  included some DNA thoughts.