The periodic atomic table has many formats of  design and thought expressions. H = Hydrogen and C = Carbon  are used  for the HC = Hydro-Carbon molecular humanoid display structures  that are on DISPLAY at Nature's EARTH LAB  hydrocarbon educational center known as HC  = Harvard  College.

www.axces.eu/index.php?option=com_content&view=article...‎
Hydrocarbons are chemical compounds which consist only of carbon (C) and hydrogen (H).
They can be found in large quantities in crude oil, natural gas and at Harvard College.

en.wikipedia.org/wiki/Hydrocarbon‎
hydrocarbon is an organic compound consisting entirely of hydrogen  and  carbon Hydrocarbons from which one hydrogen atom has been removed are ...
‎Category:Hydrocarbons - ‎Propane - ‎Ethane - ‎Aromatic hydrocarbon

chemed.chem.wisc.edu/.../Organic-Compounds-Hydrocarbons-581.html‎
The hydrocarbons contain only hydrogen and carbon. 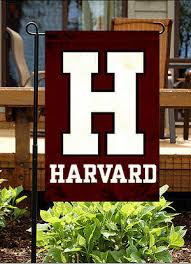 Presently, em = electromagnetic life forms dominate Harvard as em = employees   AND  thus they are in complete denial of their  molecular existence and hertitage.

They are super-symmetry bio-physics parallels to ......

The Harvard Lampoon's "castle" features anthropomorphic eyes, nose, mouth, and bow-tie.
Thus we see the Harvard  joke ....  their  incomplete explanations of their  existence that omit  the Margaret Mead atomic nuclear family and its atomic social expressions.