RD-blog-number-2623
There a relationship between the periodic atomic table elements of life,  atomic bio-chemistry structures  and tragic EVENTS that occur on the atomic geography surface pf EARTH.

www.annualreviews.org/doi/abs/10.1146/annurev.biochem.70.1.755
by RJ Keenan - 2001 - Cited by 432 - Related articles
3Department of Biochemistry and Biophysics, University of California, San ... Abstract The signal recognition particle (SRP) and its membrane-associated ...

From the following article:

The strange case of the signal recognition particle

For chemistry students and physics students ...... acquainted with the periodic table table   ....  the  SIGNAL Recognition Particle is useful in understanding  the Margaret  Mead  atomic nuclear family ...atomic social science signals.
Let's look at some SIGNALING  EVENTS sent to various science departments  and science agencies.
They have orders to ignore such signals.
.
.
.
EVENT --> 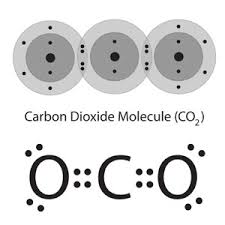 covalent_bonding_carbon_dioxide_ - Above Two depictions of a carbon dioxide molecule

The atomic OXYGEN battle of  atomic mass BASE 16 on  APRIL 16, 2007 at Virginia TECH.    The  English creative writing department has carefully  omitted such trival matters  as they wrote the Hollywood style incomplete explanation of the tragedy.
Thus we see the importance of having a  functioning Signal Recognition Particle  system that functions in 2 modes:
a) the physical biology mode
b) the symbolic world .... an SRP that recognize messages printed in the newspaper ...that  need additional explanation.