RD-blog-number-2417
The living EARTH cell expresses itself by the many entites that exist --> cellulose trees, animals, birds, etc.
The Earth  iron core and  the North Pole magnetic field interaction with  HUMAN iron Hemoglobin proteins ....is an example of Nature's inter-relationship  systems ...a geology/biology concept described to young school children VIA the Santa Claus magnetic DATA FIELD gifts in his sl.eigh(t) and the North Pole magnetic field flow lines that deliver the INFORMATION packages on Christmas.
Let's discover more secrets of geology, geography, biology  and their effects upon human behavior ...such as the  geography war casualties of the Boy Scouts and the Future Farmers of America .....for their organization'a approval of community violations of the OUTDOOR laws  of Nature.
Humans are subsets embedded within the multi-faceted dimensions of Nature.
What signals and EVENTS do we see ...that will help us understand this  social science relationship with Nature's systems. 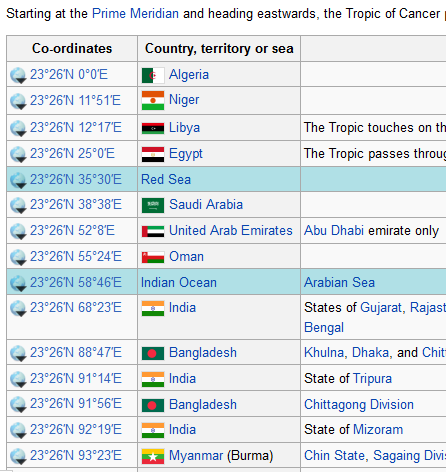 Let's look at Earth geography war casualties ...the outdoors ...farms and forests ....as represented by the State of Wisconsin --->the BOY Scouts , Future Farmer of America, and outdoor hunting /gun clubs/etc.

Let's look at the TRAGIC event signals and the cover-ups by newspaper ---> the omission of many details in their  incomplete news reports  of the events.
EVENT --> signal 23 of UNCLE SAM --> SAMPLE space area of the Earth geography surface involving agents for the  OUTDOORS --> forests,   fields,  fishing rivers.

Wisconsin Teen Samuel Hengel Dies After Shooting Self in Hostage ...

abcnews.go.com › US
Nov 30, 2010 – A 15-year-old student, Samuel Hengel, died today after shooting himself Monday night after holding a teacher and 23 classmates hostage, police said. ... Sam as someone who was "active in the Boy Scouts, tae kwan do, ...

Thus we see the EARTH chromosome WAR clearly spelled out.

north of the equator; it is the northern boundary of the tropics. This parallel marks

en.wikipedia.org/wiki/Multiverse
Multiple universes have been hypothesized in cosmology, physics, astronomy, ... In these contexts, parallel universes are also called "alternative universes", .

A Physicist Explains Why Parallel Universes May Exist    (on EARTH)

www.npr.org › News › Science › Space
Jan 24, 2011 – It is possible that there are many other universes that exist parallel to our universe. Theoretical physicist Brian Greene, author of The Elegant ...