Let's review some history about a  Margaret Mead atomic nuclear family theoretical MODEL and its  empirical data. Then we will look at the STANDARD MODEL signal.

Nature's SYMBOL MACHINE and the atomic English language help us  understand the periodic atomic table and its various  extensions.


The Margaret Mead atomic nuclear family has INTERNAL atomic social and political conflicts that a transformed to EXTERNAL visible, display format people and EVENTS .... to provide empirical data for scientists working on the TOE --> Theory Of Everything.


Chapter IV.: The Correspondence Between Life and Its Circumstances.
oll.libertyfund.org/title/1394/101633‎
Herbert Spencer, The Principles of Psychology [1855] ... Author: Herbert Spencer .... form links in the correspondence between internal and external changes. 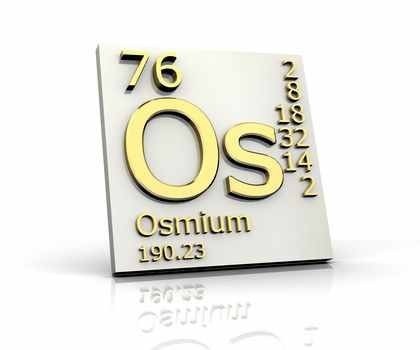 Comprehensive information for the element Osmium - Os is provided by this page ... Common Chemical Compounds of Osmium ... Atomic Structure of Osmium.

Osmium (from Greek osme (ὀσμή) meaning "smell") is a chemical element with the symbol Os and atomic number 76. It is a hard, brittle, bluish-white transition ... 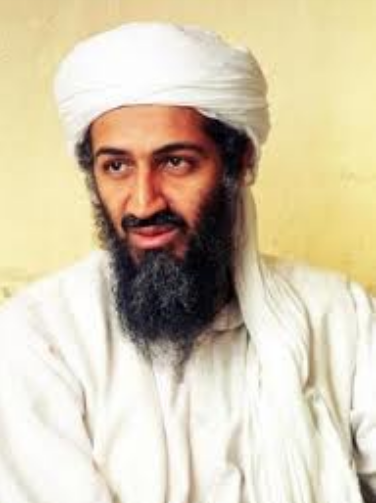 Thus we see the EXTERNAL military display of the periodic atomic table elements of life and thought .... the EARTH atomic  government  and its usage of atomic, bio-physics humanoids messengers and policy carriers .... that carry out atomic  social anger expression  signals  via their actions.

Let's look at an  OS model ...   the Osmium model example network  and its connections   ...  THAT   super-symmetry physics  PREDICTS MAY BE MIRRORED on the geography of EARTH. 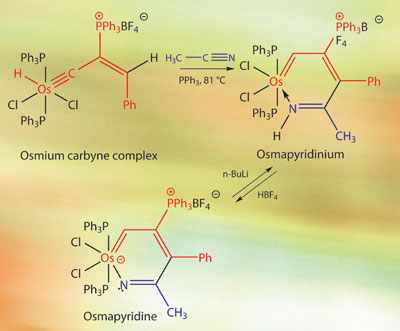 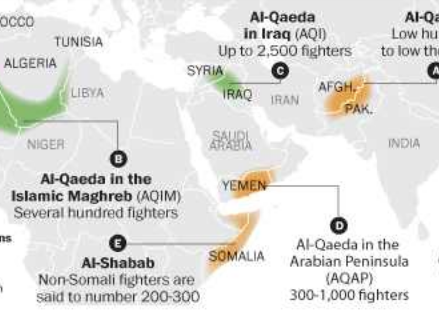 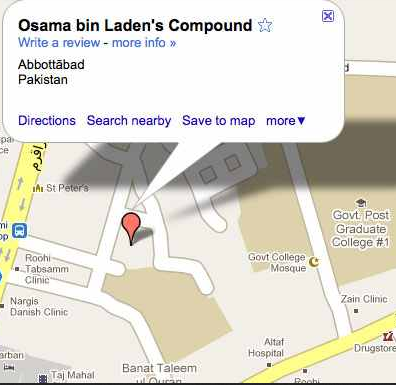 What kind of structure  did DARPA, the Pentagon, and their university think tanks perceive on the geography surface of EARTH with the residence of OSama? 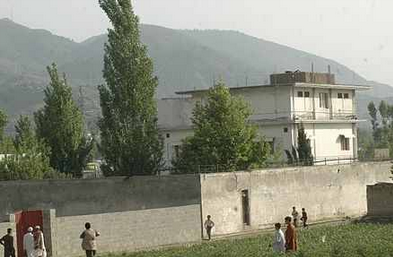 Introduction to Supersymmetry. 20th century physics has seen two major paradigm shifts in the way we understand Mother Nature. One is quantum mechanics, ... 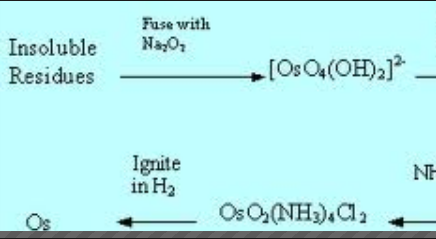 Thus OSAMA was  an insoluble ( not in  solution)  residue (his house residence).

Atomic element OS and the super-symmetry STANDARD MODEL collider with OS(ama) in Paki(STAN).

news.discovery.com/.../lhc-discovery-maims-supersymmetry-ag...‎
by Ian O'Neill - in 18,699 Google+ circles
Jul 24, 2013 - Large Hadron Collider scientists have detected an ultra-rare subatomic decay for the first time, a decay that is predicted by the Standard Model ...
Let's look at the Margaret  Mead  atomic bio-physics humanoid  .....  political science  collider EVENT in   pakiSTAN.

en.wikipedia.org/wiki/Death_of_Osama_bin_Laden‎
by B Obama - ‎Cited by 1 - ‎Related articles
Osama bin Laden, the founder and head of the Islamist militant group al-Qaeda, was killed in Pakistan on May 2, 2011, shortly after 1:00 am PKT (20:00 UTC, ...
‎Abu Ahmed al-Kuwaiti - ‎Osama bin Laden's compound - ‎Osama bin Laden death 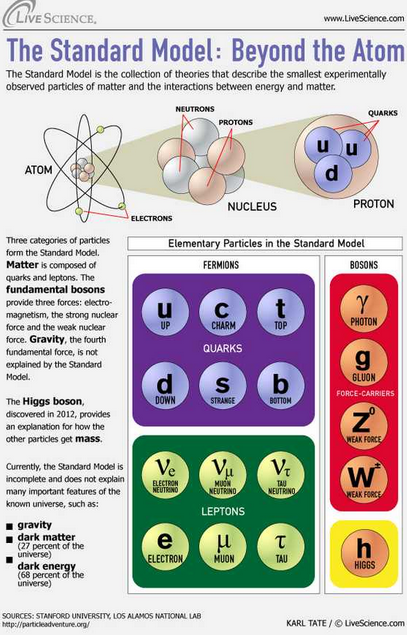 Thus we have   2  STAN Model representatives.......  Afghanistan and Pakistan en.wikipedia.org/wiki/Standard_Model‎
The Standard Model of particle physics is a theory concerning the electromagnetic, weak, and strong nuclear interactions, which mediate the dynamics of the ...
‎Mathematical formulation - ‎Beyond the Standard Model - ‎Generation

www.physics.fsu.edu/awards/nobel/dirac/RememberingDirac/‎
Presentation by Graham Farmelo in Tallahassee about his new book on FSU's most ... since Dirac was one of the most renowned physicists of the 20th century, ..
Tallahassee
Tallahassee
Tallahassee
Tal
Taliban  sector of the   Paul  Dirac influence / component of the  SYMBOL MACHINE  expression map  ...  below..

Thus we have some pieces to a very interesting  puzzle in year 2013.
Let's look at some more of Nature's SYMBOL MACHINE messages using the IBM OS/JCL processor ( OS = OSMIUM operating system with the human bio-computer subroutine with proper noun name= OSAMA binary Laden.
Where else may the subroutine exist. The subroutine may exist anywhere   ..... the physical human body of  Mr. OSAMA Bin Laden was just Nature's DEMO example of the atomic computer OS Molecular network  DISPLAYED on the geography surface of EARTH using  humans as bio-computer display terminals.
Let's look at some other examples  of  ---> OSAMA bin Laden  computer program on EARTH.
1) OSAMA --> OS ---> OSLO and the BAL  brain war in the BALTIC geography region. BAL = Basic Assembler Language
2) LADEN --> LA + DEN --> Load Address Denmark ... Niels Bohr Institute, University of COPE ..... Shakespeare atomic English language message  "Something is rotten in the  (Quantum) STATE of Denmark .... and its STATE of MIND"  --->
thus the tragic messages for  STATE government   from the signaling EVENTS in Liege,Belgium and Utoeya, Norway.   The universities in Europe are not allowed to research these tragic situations.
3) LADEN --> Load Address of  a  COMPUTER EARTH system 370 I/O PORT  with  descriptive identifier   DEN --> DENmark Wisconsin region (of  Madison in  Dane County)  and the BOY Scout DEN ->  Porterfield Wisconsin.    Thus the  University of Wisconsin INTELLECTUAL tragedy of DANE County (parallel to DEN.mark, Europe).

www.ehextra.com/main.asp?SectionID=16&SubSectionID=63...‎
Dec 3, 2010 - He has been raised in Porterfield, Wis. and attended Marinette High School as a Sophomore. Sam was a proud member of the Boy Scouts of ...

Two Hours in Marinette: Lessons From a School Shooting - The Awl

Based on information Snowden leaked to The Guardian[6] in May 2013 while employed at NSA contractor Booz Allen Hamilton, the British newspaper published a series of exposés that revealed programs such as the interception of U.S. and European telephone metadata and the PRISM, XKeyscore, and Tempora Internet surveillance programs. Snowden's release of NSA material was called the most significant leak in U.S. history by Pentagon Papers leaker Daniel Ellsberg.[7][8][9]

On June 14, 2013, United States federal prosecutors charged Snowden with espionage and theft of government property.[10][11][12] Snowden had left the United States prior to the publication of his disclosures, first to Hong Kong and then to Russia, where he received a temporary asylum ( renewable on an annual basis while he remains in Russia ) and now resides at an undisclosed location.

Snowden has been a subject of controversy: he has been variously called a hero,[13][14] a whistleblower,[15][16][17][18] a dissident,[19] a traitor,[20][21] and a patriot.[22][23] There is confusion on exactly what Snowden's status is, and whether he truly qualifies as a whistleblower, which commonly is understood as a person who exposes wrongdoing. By avoiding labeling Snowden a whistleblower, some members of the media attempt to avoid making a value judgement on his actions. Tom Kent, the standards editor for the Associated Press, informed AP staff to refer to Snowden as a "leaker", not a "whistleblower".[24] However, David K. Colapinto of the National Whistleblower Center says that Snowden's revelations of the NSA routinely lying to Congress qualifies his behavior as "classic whistle blowing".[25][26]

Snowden has defended his leaks as an effort "to inform the public as to that which is done in their name and that which is done against them."[27] Some U.S. officials condemned his actions as having done "grave damage" to the U.S. intelligence capabilities while others, such as former president Jimmy Carter, have applauded his actions.[28][29] Meanwhile, the media disclosures have renewed debates both inside and outside the United States over mass surveillance, government secrecy, and the balance between national security and information privacy.