RD-blog-number-2465
Gravity has an important influence upon life on EARTH. Gravity field interacts with human brain atomic mass.   Thus, over thousands of years, Darwinian evolution of the gravity field and its interaction with brain mass thoughts has resulted in gravity field thoughts......hence, we now have gravity life forms.    Gravity messages are given to humanoids...who may amplify and enhance the messages ...and write some work of literature that contains a subset of gravity messages.

listen), 28 August 1749 – 22 March 1832) was a German writer, artist, and politician. His body of work includes epic and lyric poetry written in a variety of metres and styles; prose and verse dramas; memoirs; an autobiography; literary and aesthetic criticism; treatises on botany, anatomy, and colour; and four novels. In addition, numerous literary and scientific fragments, and over 10,000 letters written by him are extant, as are nearly 3,000 drawings.

A literary celebrity by the age of 25, Goethe was ennobled by the Duke of Saxe-Weimar, Carl August in 1782 after first taking up residence there in November of 1775 following the success of his first novel, The Sorrows of Young Werther. He was an early participant in the Sturm und Drang literary movement, named for a play by his childhood friend Friedrich Maximilian Klinger. During his first ten years in Weimar, Goethe served as a member of the Duke's privy council, sat on the war and highway commissions, oversaw the reopening of silver mines in nearby Ilmenau, and implemented a series of administrative reforms at the University of Jena. He also contributed to the planning of Weimar's botanical park and the rebuilding of its Ducal Palace, which in 1998 were together designated a UNESCO World Heritage Site.[2]

After returning from a tour of Italy in 1788, Goethe published his first major work of a scientific nature, the Metamorphosis of Plants. In 1791 he was charged with managing the theatre at Weimar, and in 1794 he began a friendship with the dramatist, historian, and philosopher Friedrich Schiller, whose plays he premiered until Schiller's death in 1805. During this period Goethe published his second novel, Wilhelm Meister's Apprenticeship, the verse epic Hermann and Dorothea, and, in 1808, the first part of his most celebrated drama, Faust. His conversations and various common undertakings throughout the 1790s with Schiller, Johann Gottlieb Fichte, Johann Gottfried Herder, Alexander von Humboldt, Wilhelm von Humboldt, and August and Friedrich Schlegel have, in later years, been collectively termed Weimar Classicism.

Arthur Schopenhauer cited Wilhelm Meister's Apprenticeship as one of the four greatest novels ever written[citation needed] and
Ralph Waldo Emerson selected Goethe, along with Plato, Napoleon, and William Shakespeare,
as one of six "representative men"
in his work of the same name. Goethe's comments and observations form the basis of several biographical works, most notably Johann Peter Eckermann's Conversations with Goethe. There are frequent references to Goethe's various sayings and maxims throughout the course of Friedrich Nietzsche's work and there are numerous allusions to Goethe in the novels of Hermann Hesse and Thomas Mann. Goethe's poems were set to music throughout the nineteenth century by a number of composers, including Ludwig van Beethoven, Franz Schubert, Robert Schumann, Johannes Brahms, Hugo Wolf, and Gustav Mahler.

Although rarely staged in its entirety, it is the play with the largest audience numbers on G - language stages.
Faust is Goethe's most famous work and considered by many to be one of the greatest works of
G literature.
Johann Wolfgang von Goethe's Faust is a tragic play  in two parts:
Faust. Der Tragödie erster Teil (translated as: Faust: The First Part of the Tragedy) and
Faust. Der Tragödie zweiter Teil (Faust: The Second Part of the Tragedy).

Goethe completed a preliminary version of Part One in 1806.
The 1808 publication was followed by the revised 1828–29 edition, which was the last to be edited by Goethe himself. Prior to these appeared a partial printing in 1790 of Faust, a Fragment.

Goethe finished writing Faust Part Two in 1831.
In contrast to Faust Part One, the focus here is no longer on the soul of Faust, which has been sold to the devil, but rather on social phenomena such as psychology, history and politics, in addition to mystical and philosophical topics. The second part formed the principal occupation of Goethe's last years. It appeared only posthumously in 1832.

Faust Part One takes place in multiple settings, the first of which is heaven. Mephistopheles makes a bet with God --> God  implies the universal gravitational constant.

Thus we see some CLUES about the Nature of gravity on the geography surface of EARTH  ......AND gravity field interaction with the human brain atomic mass and its symbolic machine thoughts. 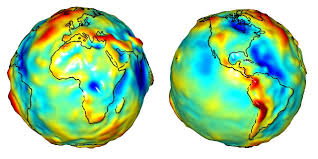 NASA and the Goethe message ...

Faust Part One takes place in multiple settings, the first of which is heaven. Mephistopheles makes a bet with G 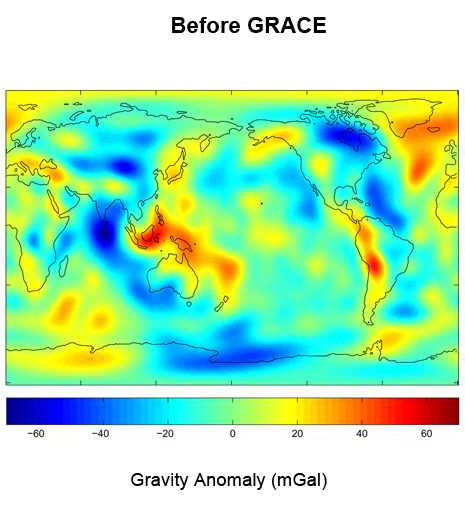 public.web.cern.ch/public/en/science/standardmodel-en.html
The theories and discoveries of thousands of physicists over the past century have ... However, the most familiar force in our everyday lives, gravity,

A Matter of Some Gravity

evilcowofdarkness.com/.../Physics/.../Chapter%2012%20Skill%20Bui...
File Format: PDF/Adobe Acrobat - Quick View
use the
particle approximation
when calculating the force of gravity between them. ... Part C http://session.masteringphysics.com/myct/assignmentPrint?

Thus we see the Goethe Part one --> particle approximation of FermiLAB director  ONE from  the  geography gravity region of PERU  .....
near the Galaxy Islands of Charles Darwin and his theory of gravity evolution migration to ST.Charles (Darwin) Illinois.

The  GalapagOS --> Office of Science has communication problems with the OS = Origin of Species that talk /write explanations of social science REALITY  at OSLO, NORWAY and the American OS = Office of Science.

What part of the gravity Field do you live within?

The Isaac Newton  physics version of gravity OR