The S. I. Hayakawa language and semantics wars

S.I.Hayakawa is well known for his book in explaining the English Language and the  brain bio-computer  .... internal  LEVELS and  PERCEPTION of English language words and their computer power...to influence thought and social behavior.
The English language semantic WAR casualties are everywhere ....... as newspaper reporters  ignore the Central Nervous System 370 abstract brain symbolic  machine  WARS  and Nature's  system  usage of the of S.I. Hayakawa WORD of HONOR  to DEFEND the integrity of the  English language and its symbolic life. 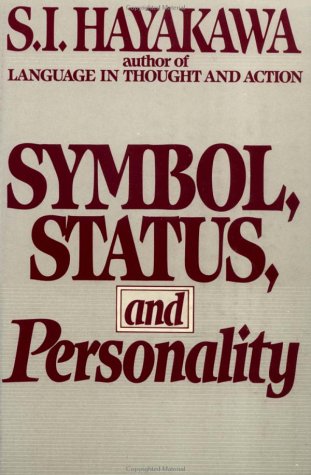 Thus we see the foundation of   English semantics and usage>
Now, we have the English language wars aT:
a)  Virginia TECH English Department and their incomplete explanations of the  CAUSE of the shootings  by the
Charles Darwin symbol selection of the proper noun:
the CHOsen ONE  ...hence Nature's  selection of Mr. CHO for sacrifice in the university brain language wars
b) Columbine High School  library war over the  misuse and manipulation of color in  grammar and high school textbooks .....
hence the battlefield in the STATE of MIND --> COLOR ...... optical nerve battle represented  by the shooting battle inEARTH geography state  COLORADO.