www.enchantedlearning.com/subjects
The Earth's surface is divided into huge, thick plates that drift atop the soft mantle. ...trenches, mountain range formation, and many other geologic phenomenon.

Let's look at the relationship between EARTH and humans  ............. via the KOREAN WAR event of year 1950  ..and the Korean War human blood platelets --> Plate letters ...communications theory.
The EARTH geology WAR known as the Korean WAR  ..... can be viewed as an  EARTH plate tectonics  WAR  against  the human blood platelets PROBLEM in blood  social engineering projects with errors.
Let's look at the situation.

The Korean War was  a biochemistry cell war  that was displayed on the Earth  geography surface by visible human conflict ...... thus providing important EARTH LAB hematology data for researchers about the intellectual thoughts of red and white bl00d cells  AND important  data about  the HEART  / b100d  .....  geography/geology LINK to EARTH.
As  professors with blood self-awareness  might explain   ..
1) the geography professor states that EARTH land/soil is measured in acres --> ac + res --> alternating cycles residents  (this being the heart pulse alternating cycle).

2) the geology professor has physical biology   HEART and an English language SYMBOL MACHINE heart  pulse that links to EARTH.
..... _EARTH
.....   EART  with H alternating  to the front position
......HEART
......  EART
........EARTH  ..... thus we see H oscillate     between the 1st and last positions    ...generating a communications LINK with earth systems.
Now,  the phrase is often heard  " I had a HEART to HEART conversation with my friend" .
A geologist has the " HEARTH  to EARTH intellectual conversation with his best friends ..  Eearth and Nature'.
Thus it is believed that the blood cells in some people .... sense the EARTH's latitude and longitude coordinates ..... and save this map data at some subliminal  mind level   ...giving some people a good sense of geography locations / direction.

www.history.com/topics/korean-war‎
Get the facts on the Korean War between North Korea and U.S.-backed South Korea, which lasted from 1950 to 1953 and was the first Cold War military action.
Around year 1600 ...... the EARTH LAB description

Shakespeare - All the world's a stage - e

All the world's a stage, and all the men and women merely players ...

www.brainyquote.com/quotes/quotes/w/williamsha166828.html‎
"All the world's a stage, and all the men and women merely players: they have their exits and their entrances; and one man in his time plays many parts, his acts ..
Aound year 1950 .....

www.brainyquote.com/quotes/quotes/w/williamsha166828.html‎
"All the world's a stage, and all the mental    and women merely blood cell    players: they have their exits and their entrances (En trances --> Virginia TECH English trances and comatose school); and one man (Mr.CHO from Korea with a reminder message about 1950)   in his time plays many parts, his acts ..

faculty.stcc.edu/AandP/AP/AP2pages/Units18to20/blood/redblood.htm‎
Red blood cells are designed to pick up oxygen from the lungs and release it into the tissues of the body. This is their major function. The only reason that they ...

www.merriam-webster.com/dictionary/symbolism‎
the art or practice of using symbols especially by investing things with a symbolic meaning or
by expressing the invisible or intangible by means of visible
The above was converted by Nature to human size display.
The red Communist party of China and North Korea represented red b100d cells.
Hematology  and  their political science  secrets

science.howstuffworks.com/life/human-biology/blood1.htm‎
Red blood cells are by far the most abundant cells in the blood  --> the DARWIN  cell selection of the large population of geography country CHINA  .... and their brain thought conversion to red communism  ..... thereby ..Nature's signal ....
INTERNAL biology -->he red b100d cells most abundant in the b100d  ...becomes transformed to ....
EXTERNAL display on EARTH --> the abundant number of people in China get converted by Nature's systems to be red bl00d cell SYMBOLS and FIGHTERS
The white b100d cells were represented by white-skin Americans, Australians,  and British.

en.wikipedia.org/wiki/Plate_tectonics‎
Tectonic plates are able to move because the Earth's lithosphere has a higher .... and plate boundaries are commonly associated with geological events such as ...
List of tectonic plates - Lithosphere - List of plate tectonics topics
Thus the  "Tale of 2 different cells"   becomes  news in 1950 to 1953.

The UN troops --> they represent the Carl Jung collective UNconsciousness  organization (the GROUP MIND of the unconscious and subconscious peoples) with their world HEAD ....located in a building in New York City.
Above, we have provided a skeleton outline of the situation.
Below, we provide more pieces to this interesting puzzle about the NATURE of b100d and its social navigation language signals to human thinkers.

oll.libertyfund.org/title/1394/101633‎
Herbert Spencer, The Principles of Psychology [1855] ... Author: Herbert Spencer ....form links in the correspondence between internal and external changes.

www.nndb.com/people/013/000094728/‎
Herbert Spencer's significance in the history of English thought depends on his ....definition of life as the continuous adjustment of internal to external relations, ..
Thus we see Nature's expression system process --->
INTERNAL biology potassium metabolism  used  largered sized EXTERNAL display objects (named  potassium humanoids)   .... to act out  EVENT display  messages  ... to provide empircal data for those interested in Gesalt theory, Grand Unified Theory, and the hematology component of the Theory of Everything.

orthomolecular.org/nutrients/potassium.html‎
Potassium is very important in the human body. ... Potassium also functions in carbohydrate metabolism; it is active in glycogen and glucose metabolism, ...

Using super-symmetry physics tools  ..... mirrors and parallels to LANDAU  geo-physics  ...we have the living EARTH cell and its VISIBLE cell wall display  ........ that is the Earth geography land surface is like a  biology cell wall  ...... and interface communications level with other entities.
geography --> the capital of North Korea , Pyongyang, is 39° North
AND

The potassium symbol K   and its K-information display  EVENT we are inerested in is the year 1950 Korean wars ..... the potassium war K. Since human blood was displayed in the potassium battlefields  on  the EARTH geography LAND/soil surface   ... we call it the potassium B100D  plasmid  war.  WHY? 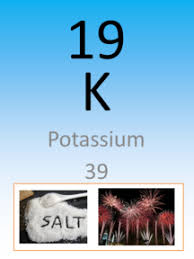 Korean War - Naval History and Heritage Command - The US Navy

www.history.navy.mil/photos/events/kowar/kowar.htm‎
On 25 June 1950, the young Cold War suddenly turned hot, bloody and expensive. Within a few days, North Korea's invasion of South Korea brought about a ...
Let's continue with year 1950 and the EARTH systems  ..... potassium message creation EVENT ..... to provide data for theoritists in physics, chemistry, philosophy, etc.  ....who need to consider Mead atomic nuclear anthropology  family ....and its societal expressions of anger ..... such as the K war of  atomic number 19 in the century 1900  + 50 years.
The Earth geography map 38th parallel to the periodic atomic table  symbol  MAP  ....  atomic mass 39  .... .super-symmetry signal to the world..... ignored by graduate students in year 2013. 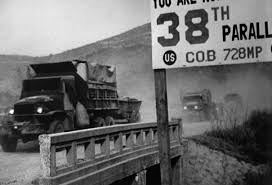 Below, we see the symbolism.
1) we have the EARTH geology plates and geography region  CHINA / Korea conflicts
Nature used Darwinian selection of those geography locations because of the  MESSAGE abilities of the proper nouns:
...........   Plate tectonics and Chins (geography country word) .... translated
Dinner food plate ............. China (ceramic /pottery/ etc.   used for food) Now we have cover the signals ..

38th parallel LINE in geography and the Korean War signs of 38
38th parallel LINE in geography + 1 = 39 potassium atom K and Korean city of  Pyongyang, is 39° North and 125° 45'East
38th parallel LINE in geography -1 = 37  ...and we see the geology/geography battle at location 37 (Virginia TECH Shooting) with  KOREAN heritage ..  Mr.Cho.
Thus we have the new Korean geography coordinates  WAR  ...continued at Coordinates --> 37 degrees 13' 46" North  in Virginia  LINKED to the EARTH climate and human thermodynamics of 37 degrees Celsius ant coordinates 37 degrees NORTH.
Thus it appears that Nature's cell evolution  now includes bio-computer abilities  ..... the cell may be able to keep track of latitude, longitude, and altitude coordinates as the human  changes location on the Earth surface.
This geography map  instinct would be similar to animals and birds that migrate.
Thus we have a few pieces to an interesting  geology/geography war puzzle involving molecular cell biology and the social engineering of PLATES with the dinner plates SALT treaty with the oceans salt water.